Heart disease is the leading cause of death in the United States, killing approximately 659,000 people each year.

dr Reed and Kaci Handlery are assistant professors in the Arkansas Colleges of Health Education’s School of Physical Therapy, who began work at the institution in January 2021. They are conducting a research project to determine how best to promote long-term adherence to regular exercise and reduce barriers to movement for people with spinal cord injuries that could be implemented elsewhere.

“Our goal, of course, would be to start locally where we are and then expand into Northwest Arkansas maybe in year two or later,” Reed Handlery said. “Arkansas needs a lot of help in general, so we would start there and then go from there.”

Handlery said that while exercise has been shown to be good for health, it’s difficult to get people to keep exercising long-term. One of the methods the project is using to explore how to encourage sustained participation in exercise is through a group-based format, as opposed to the one-on-one format typically found in physical therapy.

“Hopefully that social support and being around people with shared experiences encourages a commitment to coming to class and exercising long-term,” Handlery said.

Kaci Handlery said cardiovascular disease is one of the main causes of further disability later in life for people with spinal cord injuries. One of the main goals of the project is to reduce the impact or risk of this disease, particularly in this group of people, which can be facilitated through exercise.

She said people with spinal cord injuries often have barriers to movement. This includes learning how to move the body areas affected by their injury, finding exercises that work for them, gyms they can access, and financial costs.

One of the participants in the project is Charleston resident Chase Molton. Molton, who uses a cane to get around, said the incomplete spinal cord injury he sustained in a car crash in 2020 left him with weakness in all his limbs, with one side of his body being more affected than the other.

Molton said it’s rare for anyone in a city as small as Charleston, which had a population of 2,588 according to the U.S. Census Bureau as of April 1, 2020, to have a spinal cord injury like him. Also, the gyms in the area aren’t set up for the adaptive exercise that’s better suited to him. He noted that being part of a group with other people having a similar experience to his is different than trying to do it all alone.

“Basically, the way I’ve seen it, the faster you move and stuff, the better your chances of getting a little bit of independence back,” Molton said of exercise. “I mean, it’s pretty easy to just say you don’t want to do it and just lie around doing nothing, but it makes life a lot harder, especially when you can’t really move anyway.”

Molton said he learned about the Handlerys’ study through one of his occupational therapists and has been a part of it from the start.

Kaci Handlery said the study offers participants two free workout classes per week at CrossFit Fort Smith, a gym near the Arkansas Colleges of Health Education campus. These take place on Tuesdays and Thursdays from 11:00 am to 12:15 pm and participants are invited to bring a partner who can also attend.

Reed Handlery said the class begins with a warm-up, followed by a “workout of the day” with various CrossFit-related exercises written down and a cool-down. Participants go through very similar exercises during the training, but adapted to their individual abilities and preferences.

“Many of our participants use wheelchairs for mobility, so we need to think of exercises that we can adapt for people who can use a wheelchair through to people who can walk,” said Kaci Handlery. “So we’re trying to build in a push and pull for upper limb use. We also try to target the core and abdominal muscles to strengthen the core.”

According to Reed Handlery, participants are asked about the intensity of their training at the end of each class to determine if they are being challenged enough.

Additionally, prior to the study, participants were sent home with monitors that recorded their physical activity over the course of a week, a practice that will continue at various points throughout the study. Other qualities measured during this time include the participants’ strength, cardiovascular endurance, quality of life, and social support.

The Handlerys said Tuesday the research project has been running for five weeks and has enrolled 16 participants at this point. The current segment of the study will last 12 weeks, with the couple taking a vacation in July before embarking on another 12-week segment. The course as a whole should last at least one year, with the Handlerys aiming for at least two years.

Kaci Handlery said she and her husband received about $94,000 to pay for their project through a grant from the Craig H. Neilsen Foundation in California. Proceeds from the grant were used to pay for some of the equipment they purchased for this, as well as paying CrossFit Fort Smith to hold the classes there. 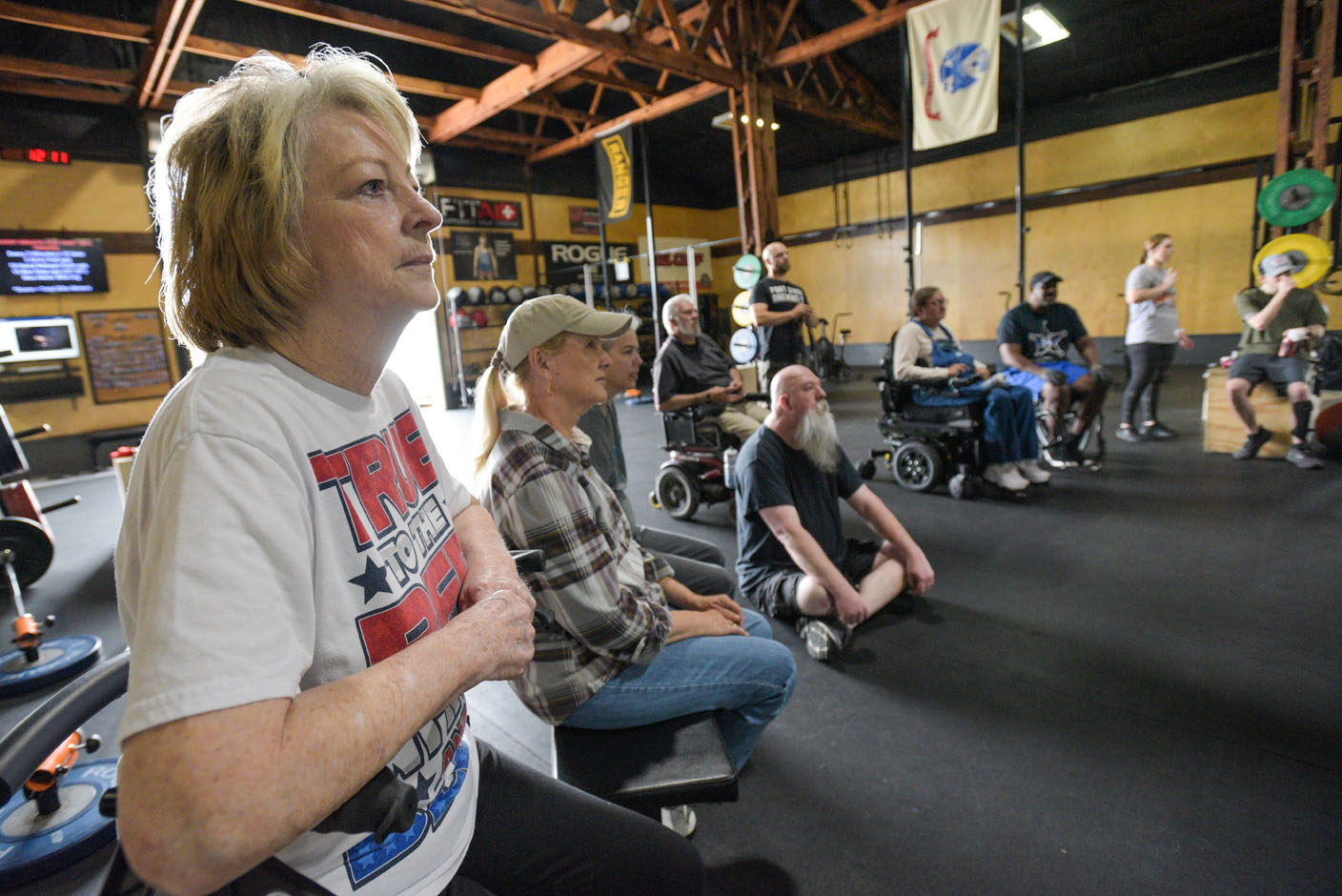 Alice Traynor (left) of Fort Smith, along with others including her husband Don, participates in an exercise class at CrossFit Fort Smith in Fort Smith on Thursday, April 28, 2022. As part of a research project, Dr. Kaci and Reed Handlery, assistant professors in the School of Physical Therapy at the Arkansas Colleges of Health Education, host two exercise classes a week for people with spinal cord injuries. Visit nwaonline.com/220501Daily/ for today’s photo gallery. (NWA Democrat-Gazette/Hank Layton) 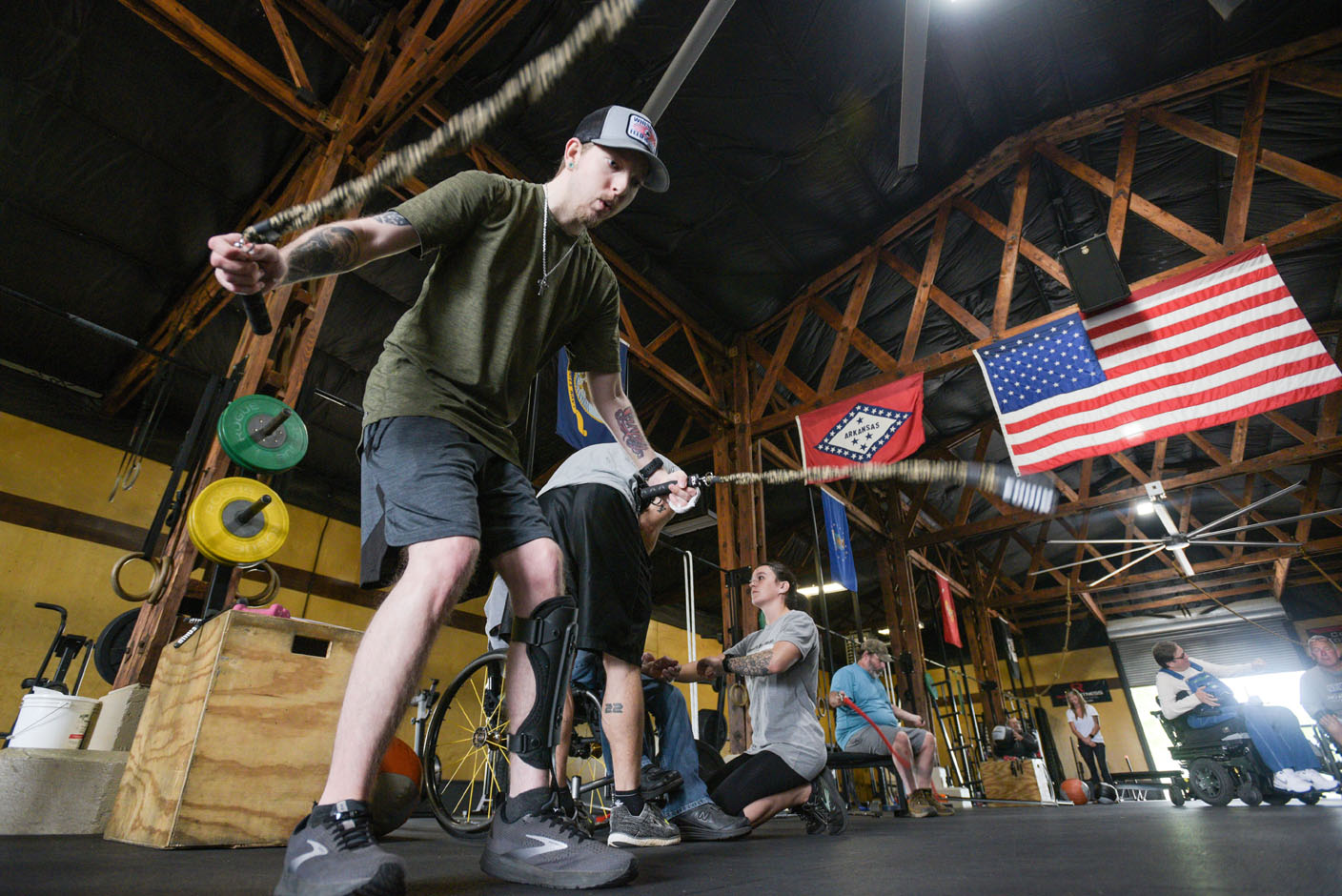 Charleston’s Chase Molton and others train in a class at CrossFit Fort Smith on Thursday, April 28, 2022 in Fort Smith. As part of a research project, Dr. Kaci and Reed Handlery, assistant professors in the School of Physical Therapy at the Arkansas Colleges of Health Education, host two exercise classes a week for people with spinal cord injuries. Visit nwaonline.com/220501Daily/ for today’s photo gallery. (NWA Democrat-Gazette/Hank Layton) 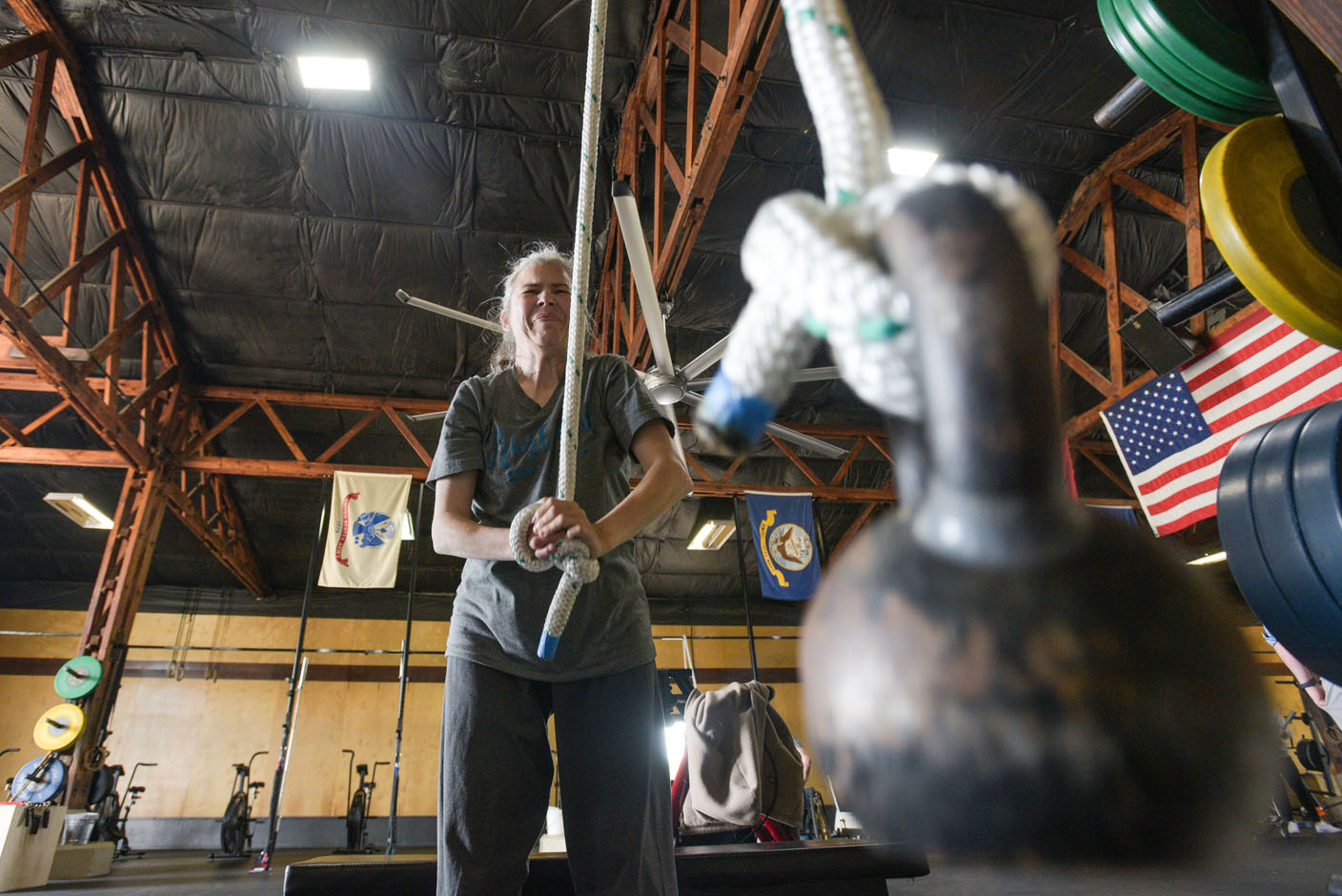 Angie Dusty of Fort Smith and others including her husband Chris train in a class at CrossFit Fort Smith on Thursday, April 28, 2022 in Fort Smith. As part of a research project, Dr. Kaci and Reed Handlery, assistant professors in the School of Physical Therapy at the Arkansas Colleges of Health Education, host two exercise classes a week for people with spinal cord injuries. Visit nwaonline.com/220501Daily/ for today’s photo gallery. (NWA Democrat-Gazette/Hank Layton)